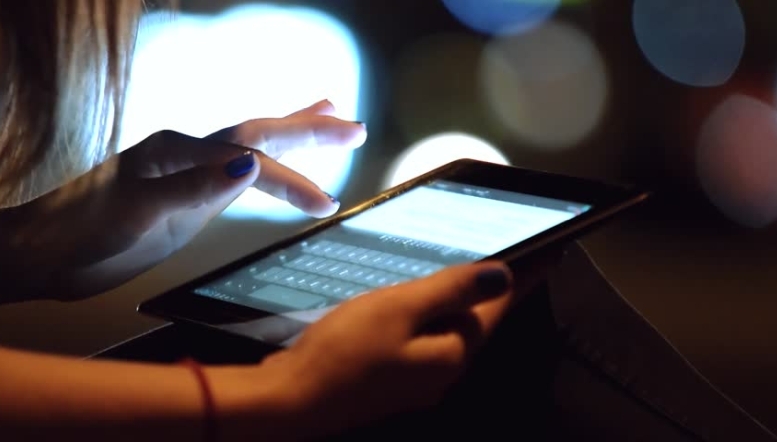 The effect of blue light on circadian rhythm is well documented and hes led researchers to postulate that blue light from screen use may have an effect on sleep cycles, especially when used late at night. The effects are thought to be most significant for children, who spend longer looking at screens and are likely to take devices to bed and continue to use them when they should be asleep. The National Sleep Foundation in the US tells parents that it is important to stop children using electronic devices before bedtime "because the blue light emitted from these screens can delay the release of sleep-inducing melatonin". Device manufacturers have picked up on users' concerns and most phones and tablets now come with "night shift" or "night mode" which, when enabled, aims to reduce the amount of blue wavelength light being emitted.

Recent research published in the Journal of Paediatrics runs counter to this by suggesting that any relationship between sleep and screen use in children is "extremely modest". The study reviewed responses to a questionnaire sent to 50,000 children and teenagers in America. Those who had not uses a computer screen during the day slept for half an hour longer (8 hours 51 minutes) than those who had spent most of the day on a computer screen. Researchers found that every hour of screen time was linked to between three to eight fewer minutes of sleep a night.

Prof Andrew Przbylski, the author of the study, told the BBC that "many of the studies suggesting links between screen time and lack of sleep had very small sample sizes and need much larger studies to find conclusive evidence of a problem". He feels that "Focusing on bedtime routines and regular patterns of sleep, such as consistent wake-up times, are much more effective strategies for helping young people sleep than thinking screens themselves play a significant role," Digital screens emit only very small levels of light in the blue spectrum (significantly less than light bulbs and several orders of magnitude less than sunlight) and experts in the area such as Professor John Marshall have claimed levels are too low to cause damage to the ocular structures. So digital screens may not be the blue light monster they are sometimes perceived to be after all.

Of course, digital screens are also implicated in the growing numbers of teenagers with significant myopia and so taking taking breaks from screen use may be desirable, even if they don't affect sleep patterns. Certainly the large technology companies think so. Apple, Google and Facebook, have all introduced dashboards to allow people to keep track of the amount of time they spend on screens.

You can read more about blue light and protection from radiation in our new CET course Lenses and Harmful Light Protection.